On Thursday November 17th, Madrid for Refugees co-sponsored an event at Impact Hub, along with MakeSense and MKS Rooms, two social entrepreneurship organizations in Madrid. The name of the evening was The MKS Room for Refugees: Waynak. It focused on the artistic and entrepreneurial solutions that are being deployed in Spain and across Europe to promote awareness and rehabilitation with regard to refugees in those territories. Being an art aficionado myself, I was immediately drawn by the theme of the event and was lucky enough to attend, accompanied by several friends. 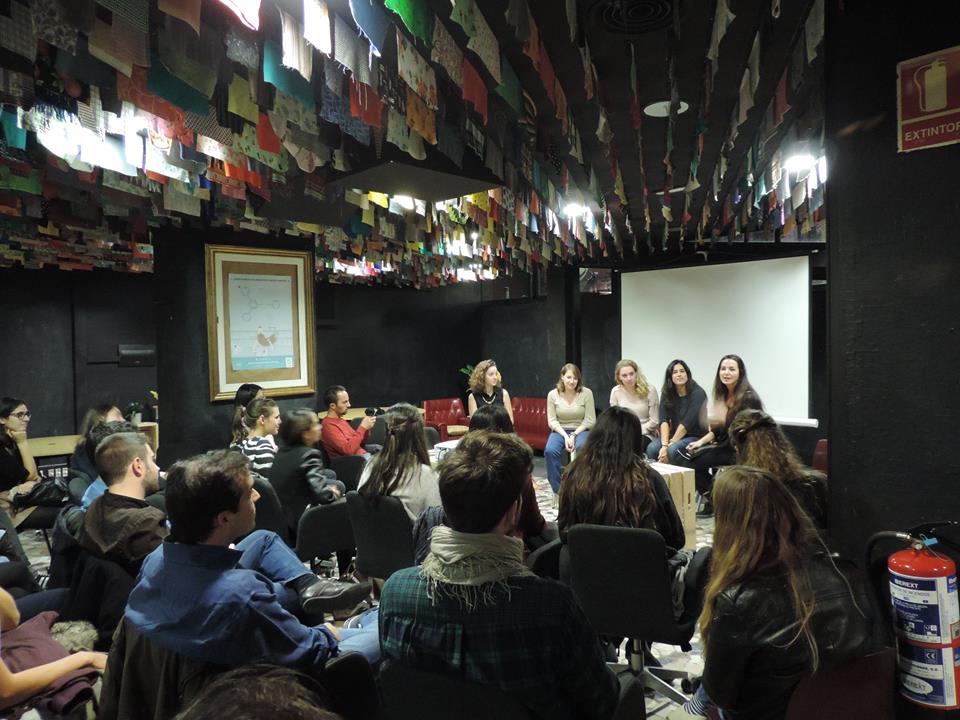 I had never been to the Impact Hub before this event and I was surprised by the bohemian vibe of the co-working space. Visual art, sculptures and installations lined the walls and hung from the ceilings, complementing the theme of the night at the seemingly perfect venue. As attendees took their seats, a chef and current resident at the Refugee Reception Center in Vallecas named Edgar was selling the most delicious pineapple cupcakes – a recipe he told me comes from his home country of Venezuela. As I snacked on my cupcake and contemplated getting another, I watched the crowd slowly pour into the space, totaling about 50 people in attendance. 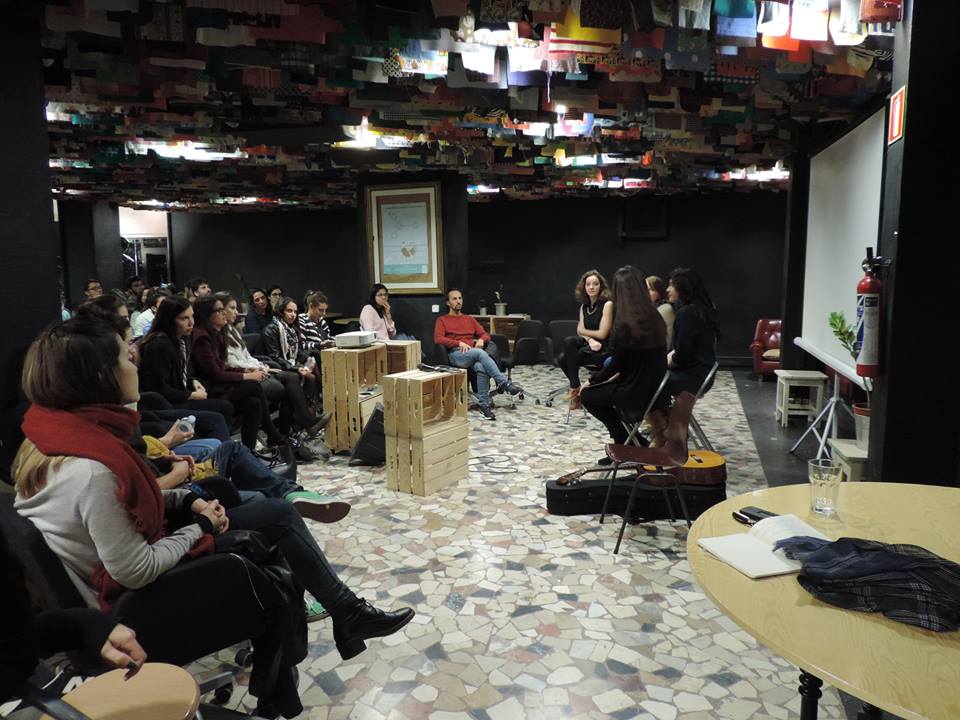 Once the lights dimmed, a Brazilian guitarist and singer greeted the audience and played several songs, before the moderators of the event took the stage to welcome us. The main focus of the night was a documentary screening of MakeSense’s first web-documentary entitled Waynak, which is Arabic for “where are you?” The film guides the viewer through six brilliant examples of how art and social entrepreneurship are reimagining refugee aid in Lebanon, Turkey, Greece, France, Germany, and the United Kingdom. My favorite of the six vignettes was about how a group of refugees in Istanbul came together to open a collaborative kitchen that provides them with a space to cook and sell their food in the city. It reminded me so much of MFR‘s Chefugee events, and how these events also focus on the fact that food can bring people together in creative and collaborative ways.

After the documentary, a panel of three speakers took the stage, which included Talia Gerstle and Felicia Beltran of MFR as well as Irene Wolff of Comisión Española de Ayuda del Refugiado (CEAR). They each talked about their organizations and how each organization implements creative solutions in their aid to refugees in Madrid and beyond. However, the panel quickly turned into an opportunity for the audience to ask the panel members and the refugees present at the event about the realities of the refugee situation in Madrid and how best to get involved. I was happy to see that so many of the people in attendance had come with the intent of not simply learning from the event, but also finding a way to act and help with refugees in Madrid. 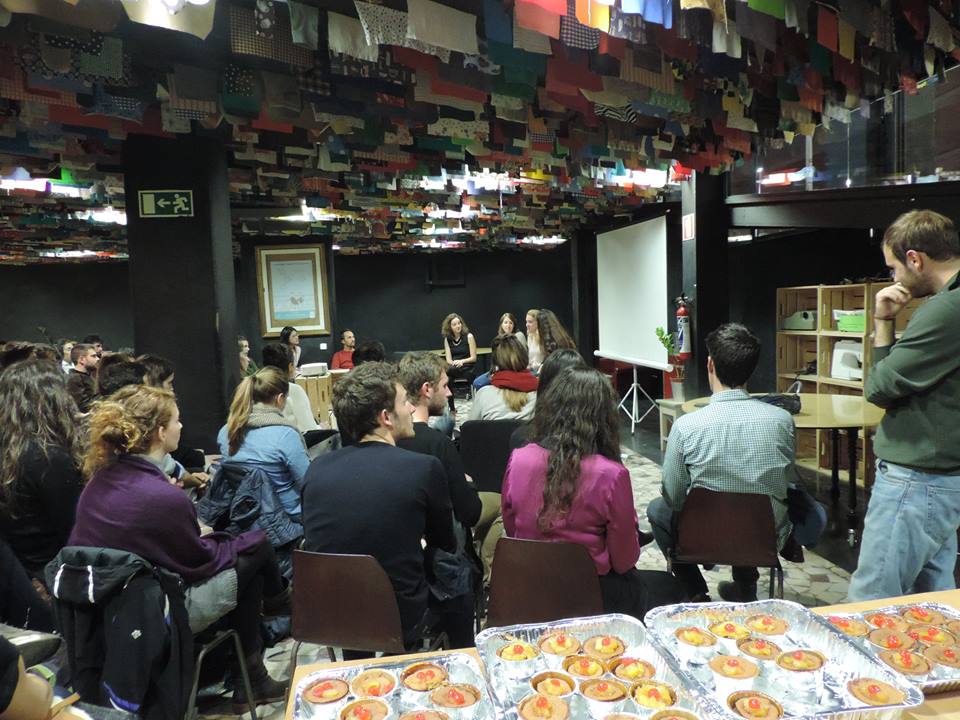 Even though Edgar’s cupcakes alone were enough to make the event a success, the ideas from MakeSense’s documentary Waynak and the panel that followed kept my friends and I awake late into the night with endless fodder for discussion as we savored Indian food in Plaza Lavapies after the event. I felt that I had learned a lot about the refugee situation in Madrid and how social entrepreneurship can be leveraged in creative ways to address it, and am excited to see how this can inspire MFR events in the future.

Originally from Los Angeles, California, Mackenzie Austin recently moved to Madrid, Spain where she works as an auxiliar de conversación. When not in the classroom, Mackenzie also serves as the Chair for the Madrid for Refugees Events Team.