Warning: Trying to access array offset on value of type null in /homepages/35/d818655388/htdocs/clickandbuilds/MadridForRefugees/wp-content/themes/fluida/includes/loop.php on line 270

I haven’t been volunteering for MFR for a long time – it’s been what, two, three weeks maybe? But ever since I started, I liked the spirit and dedication of its members. I don’t remember exactly how I got to know about MFR – I think it was just by browsing the Internet, trying to find a cool NGO or Association where Spanish was not required (my Spanish being dramatically insufficient after 3 months of living in Spain) and where I could be of some help. I met Talia, the Volunteer coordinator, and she found me a place within Jerome’s donations team. Donations might not seem like the most interesting thing to do at first, but I enjoy it a lot. I love meeting people who carry big bags of clothes or products all around Madrid to bring them to one of the volunteers. I love explaining them a bit about the Association, about what we concretely do, and seeing on their face a truly happy smile when I thank them for their kind gesture. I love bringing the clothes to the centre where the refugees live, getting to chat with people working there, and to realise that this small initiative of collecting things will be able to help, even if only a little, people in need – people like you and me, that had to flee their country for various reasons, and end up here in Madrid, with no attaches to the community, with no clue of where they will be next, and with very little resources. 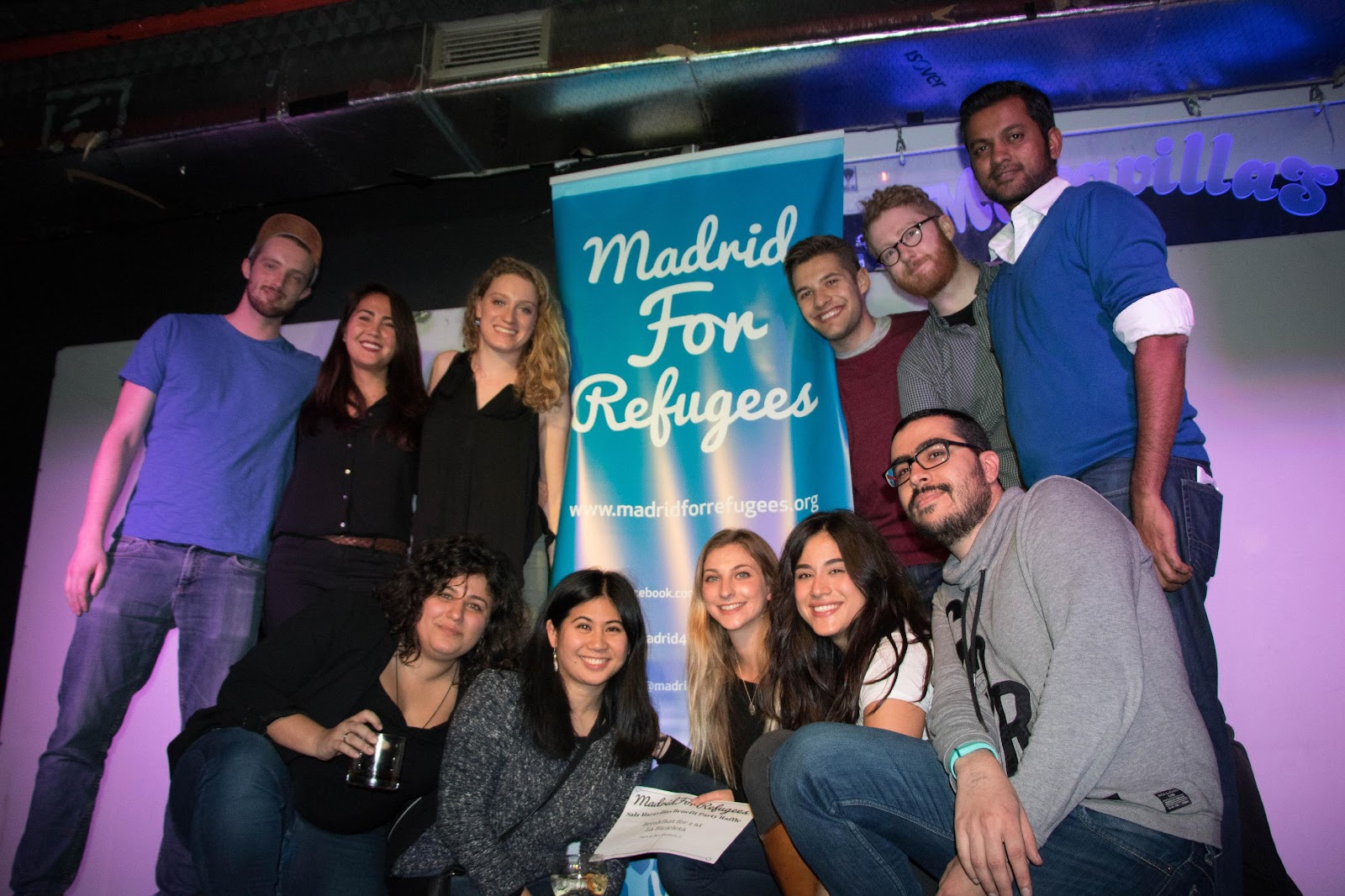 My second ‘task’ for MFR was putting up posters in the streets with another volunteer to advertise for MFR’s Fiesta Solidaria – a party they organised to raise money for a refugee project in Greece. Everything went fine, except for a small interruption by an angry policeman that reminded us that it was forbidden to put up posters on public property, and we finished taping everything on poles, walls and other handy spots with the strange feeling of being criminal thugs while we were actually doing something good. 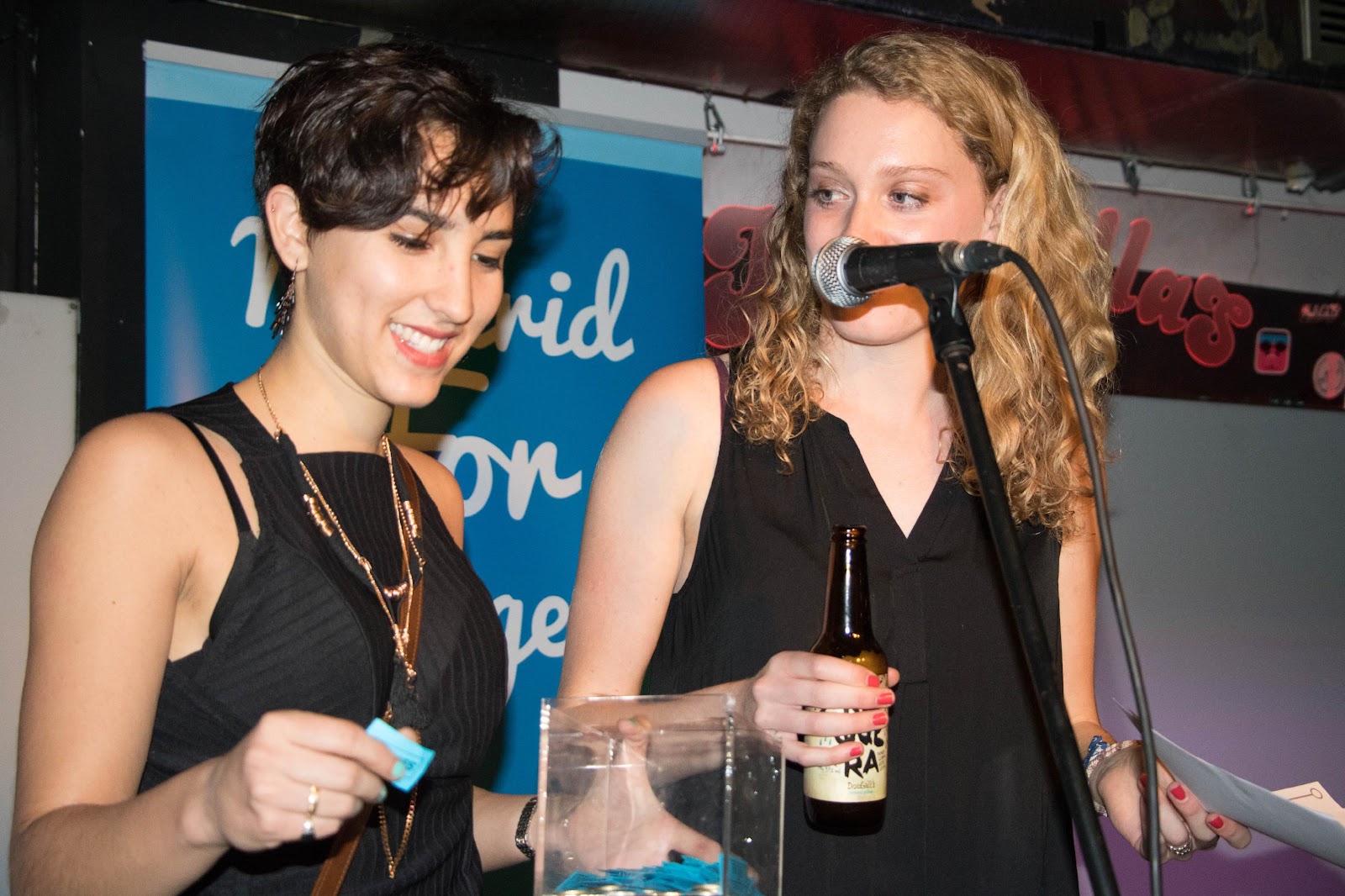 More than a 100 people showed up to the party and more than 800€ was raised. There was a genuine fun, laid-back ambiance, and I have to say that I had a lot of fun. The hummus and tabbouleh cooked by a refugee had a huge success, as did the raffle. I could spot lots of people from MFR a bit everywhere in the crowd, even though I don’t know everyone yet. People came because they saw the ads on social media, because friends of friends told them about it, because they saw the signs in the streets or because they went last year and didn’t want to miss the 2016 edition. What struck me the most was the variety of languages I could hear under the really cool tunes played by DJ Armenio from Guacamayo Tropical: English, Spanish, Catalan, French etc. It seemed like the European refugee crisis was bringing together people from various European countries and beyond in the same effort to do something, even if a little, simply by going to a fiesta. 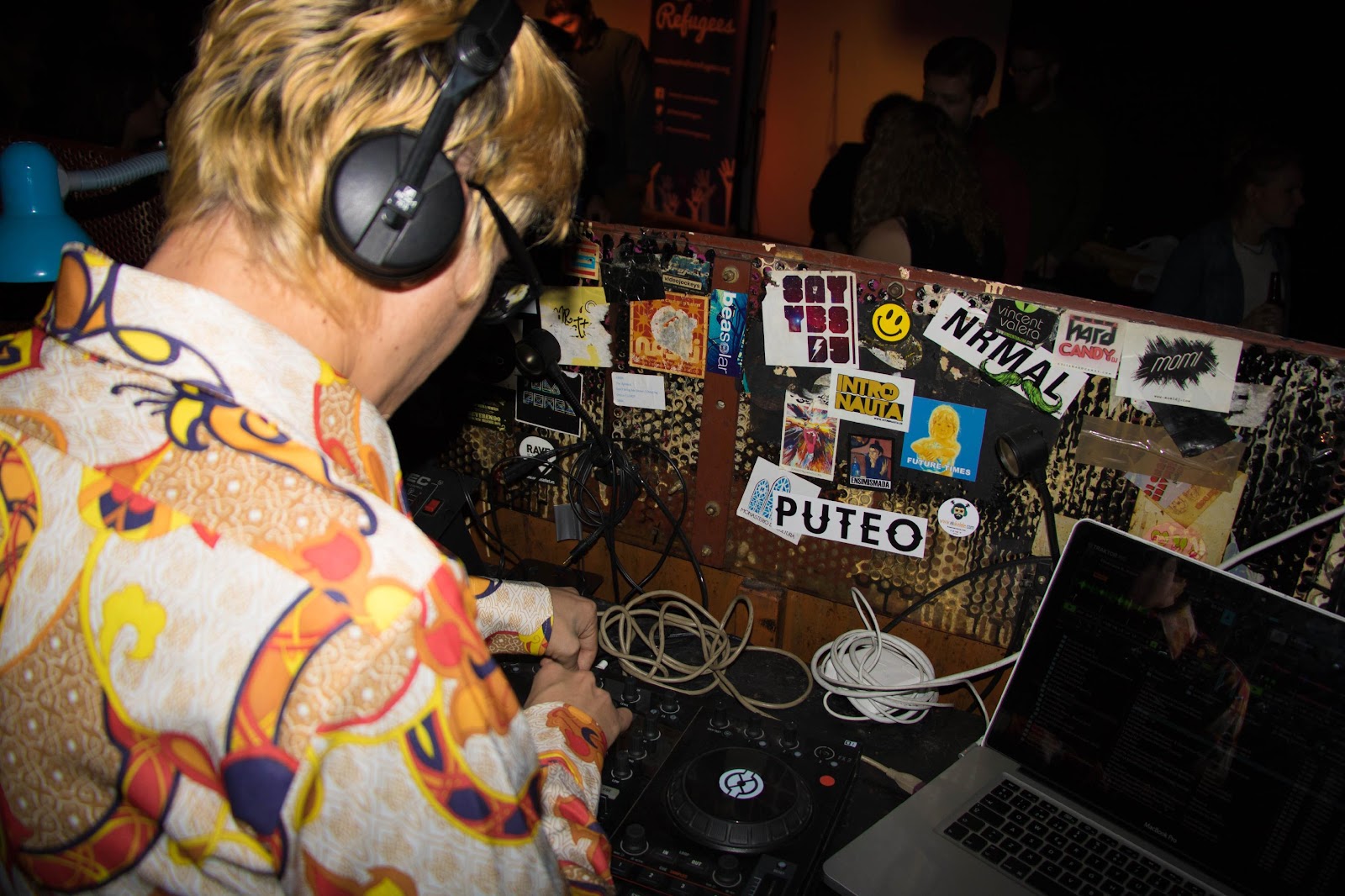 But despite the Friday night party ambiance, a big Madrid for Refugees banner on stage reminded us all of why we where here, that this was no ordinary party. Before the party really kicked in and everyone started dancing, Christina, MFR’s President, talked a bit about the Association and thanked everyone for being there, and Breanna gave a few words on the project in Greece.

I truly had a great time at this first event organised by MFR. It made me want to meet more volunteers, to get even more involved, and to attend as many future MFR events as possible. It felt great doing what most young people do in Madrid – party during the weekend – with a greater goal than just partying and having fun in mind. Of course we could do more – but don’t all great things start by small initiatives? 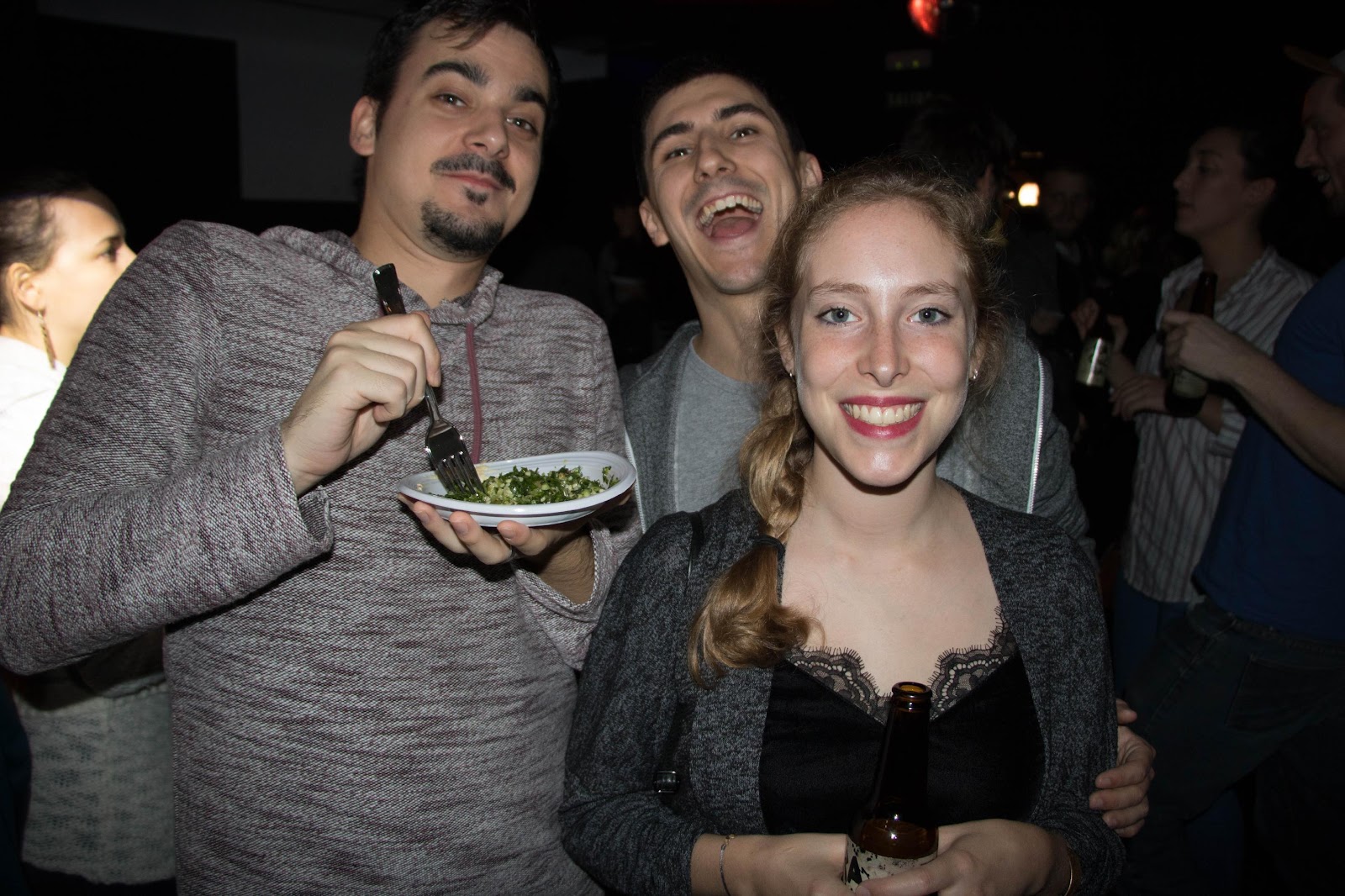 About the author
Marie is a fresh new volunteer for MFR. She joined the Donations team, and also gives a hand to rewrite the website. Originally from France, she moved to Madrid to learn Spanish and find some sun after a year spent in Edinburgh, Scotland, where she was finishing her master’s degree in political sciences.